Today started off with rain. Actually I’m not really sure if it actually rained or if it was a cloud that left thick dew on the trees which in turn sprinkled the tent, but either way we woke up with a wet tent. Well, the outside was wet, but minus the walls being a bit damp we were dry.

The hike today was probably one of my favorite single day hikes ever. Until the end at least, but I’ll explain later. Let me set the stage for you. Pour yourself a glass of apple cider, cozy up to a fire, and breathe in fresh, cool, and damp mountain air. It really has begun to feel like fall out here. The berry bushes are turning shades of wine red and yellow along the mountain sides with wispy white clouds constantly circulating over the peaks and through the valleys causing a constant mist. I didn’t even mind the chilly temperatures and dampness. Autumn is by far my favorite season and it certainly felt like such today.

The terrain was absolutely magnificent as well. Gorgeous ridges and slopes dotted with evergreens, grass, and berry bushes of brilliant colors. We mostly kept our rain jackets on for both warmth and to stay dry, but I rarely sweated. Hopefully I’ll be able to post some pictures here that do the views justice because I’m unable to describe them in words.

At one point we saw several families of marmots just chilling near the trail. They were completely unfazed by our presence and we were able to get up close and snap some pictures of them. It’s like they were modeling for us!

Unfortunately, though, the day managed to get real shitty (at least for me) at the end. Late in the afternoon on our final climb it began to get rather cold so I put on my new pants that I got in Bend. I didn’t realize at the time, but we were just about to enter into a cloud as we ascended so the mist became much thicker. However, for the most part my pants didn’t really het all that wet so I decided against putting on my rain pants over top of them. But then after we got to the bottom of the descent and back into the forest, the thick shrubs next to the trail now soaked in water absolutely saturated my otherwise mostly dry pants and continued to do so for the next several miles until camp (I kept holding out hope that the shrubs would lift and my body heat would dry the pants).

So then came camp. Since it was more or less misting all day we never got out our wet tent to let it dry so we set up our soaking wet tent while large droplets of water fell from the trees. Then, we made dinner. I think I may have failed to mention that in Skykomish when we went to buy fuel at the store since we were almost out, they were all out of stock. We figured if we pre-soaked our food we should still be good. The first couple night on the trail, though, we still had enough fuel to boil the necessary water to cook our food and I thought that I’d have just enough to do the same tonight. I didn’t. So after a long day in the rain and now with soaked pants and a wet tent, all I wanted was a hot meal (or anything hot for that matter). But as soon as I lit my stove, it wasn’t long before it went out and he water was no warmer than before. Fortunately I had instant mashed potatoes somI could still rehydrate them with cold water rather quick, but it still sucked. The challenge now will be getting things to dry when the weather in unlikely to be bright and sunny for at least a couple days.

I promise that today was actually a really good day, though. It was on the very end that sucked. It’s just so much easier to write about negative things that positive ones, especially when the negative just happened. 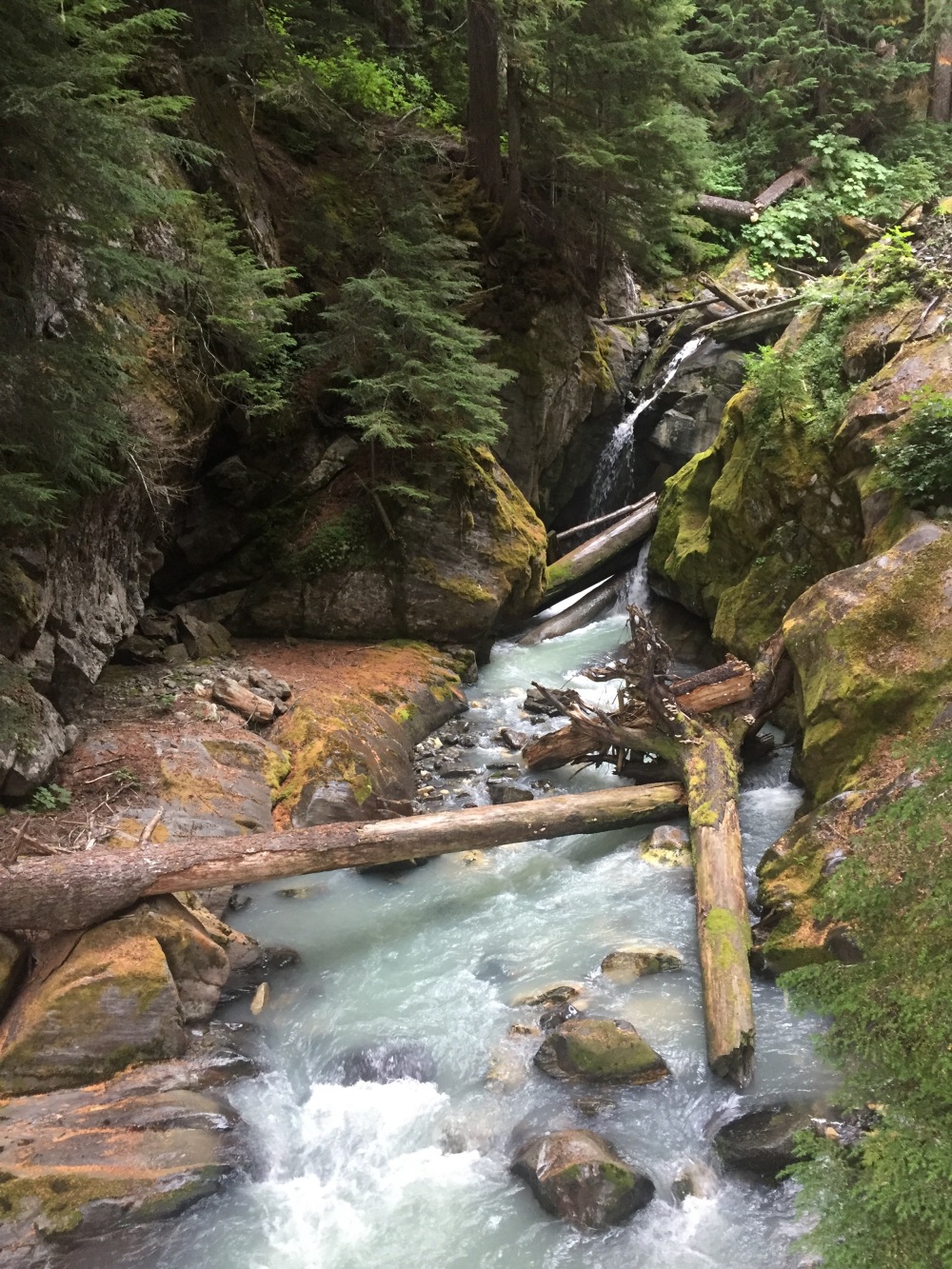