140. August 28: Mile 2216.00 Campsite to Mile 2241.84 Killen Creek
It’s beginning to seem like Glowworm and I are alternating having bad days. One day I have a bad day and she has a good day, then she has a bad day while I have a good one and so on and so forth. Come to think of it, this trend has happened reliably since leaving Cascade Locks. Based on the previous couple posts, I’m sure you can probably deduce that I had a bad day today (If you are unable to deduce this, don’t feel bad. I likely forgot to include key details that would indicate so.).
For the last several weeks or more realistically the past month my entire digestive system has been in total revolt. It’s more or less protesting by chanting an anatomic equivalent of “No taxation without representation!” A classic state’s rights case. Basically my digestive system doesn’t like the fact that my conscious, the effective federal government (more accurately an unelected monarch) has decided that it doesn’t like my eating of cookies and gummies and chips and tuna and ramen and Twix bars and excessive amounts of spicy foods. So without mental congressional representation, it has opted to spark a revolution by essentially shutting down my digestive system. Let’s put it this way, the only way I’ve been able to survive these past few weeks has been on a cocktail of Tums and Imodium.
As a result of my digestive issues, which had finally received its reinforcements from the French, my morning really sucked. On top of that, we embarked on a seven mile climb. Honestly the climb wasn’t all that bad. It was mostly fairly shallow, but it’s the constant going up that just drained me mentally. I’m just over it. I’m over hiking. I’m over eating junk food everyday. I’m over waking up at 5:30 AM in a tent. I’m over sitting in the dirt. I’m over having to filter water. I’m over all of this shit. It’s just becoming not all that fun anymore. All I want to do right now is be able to sleep in a bed curled up with my Beagle who eventually forces me to the exterior portions of the mattress followed by my German Shepherd waking me up with his cold nose. I want to lounge on the couch mindlessly watching How It’s Made until I fall asleep. I want to eat real food like vegetables fruit; basically anything that provides actual nutrients and doesn’t give me heartburn or the squirts. Don’t get me wrong, I’m finishing this fucking thing. I’m not coming this far to just pack it in because I’m tired and worn out. Oh no, I’m getting to Canada, but I’m also ready for it to be over.

The afternoon and evening didn’t help either. We entered the Mt. Adams Wilderness which was totally sick, but by then there wasn’t much that could impress me; I was just so miserable. The views were stunning, though, especially as the sun set. Speaking of which, around 6:30 we still had five miles left to get in our planned 25 for the day and we thought we could reasonably get that in by 8:00 or 8:30. Boy, were we wrong. We were out until 9:00 making for a 14+ hour day; one of our longest. We can’t be doing this shit anymore or I’m going to wind up hating every day until we’re done. After a brief discussion over dinner we decided that from here on out we’re just going to hike until 7:30/8:00 and be done regardless of the miles we put in. I just can’t handle dragging myself along this trail all day and into the night anymore. 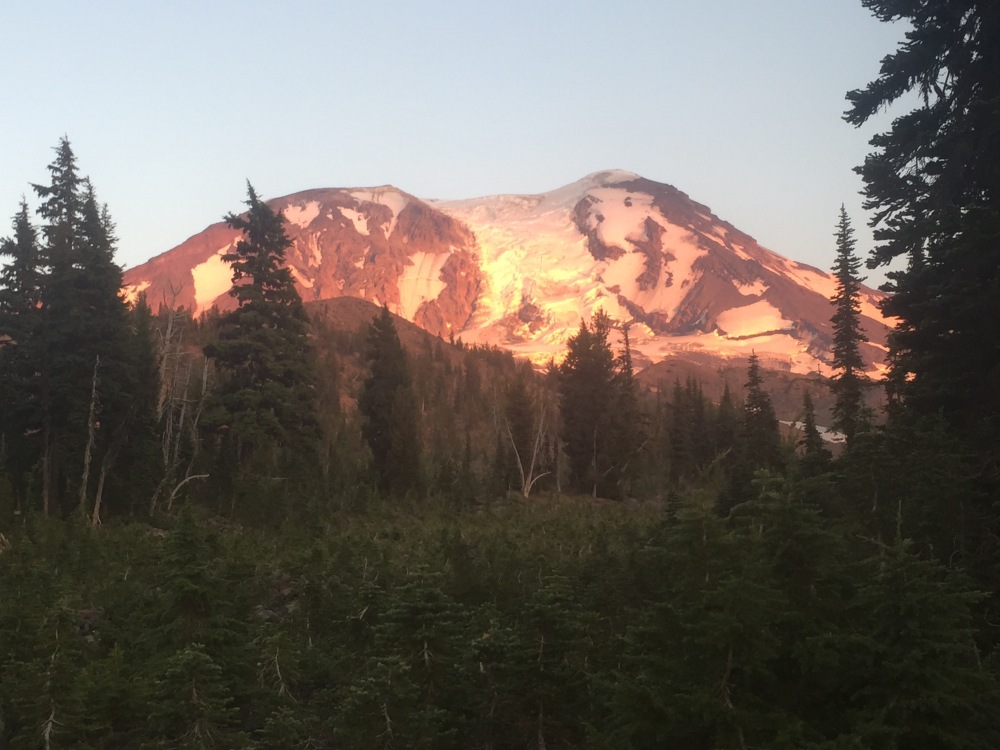 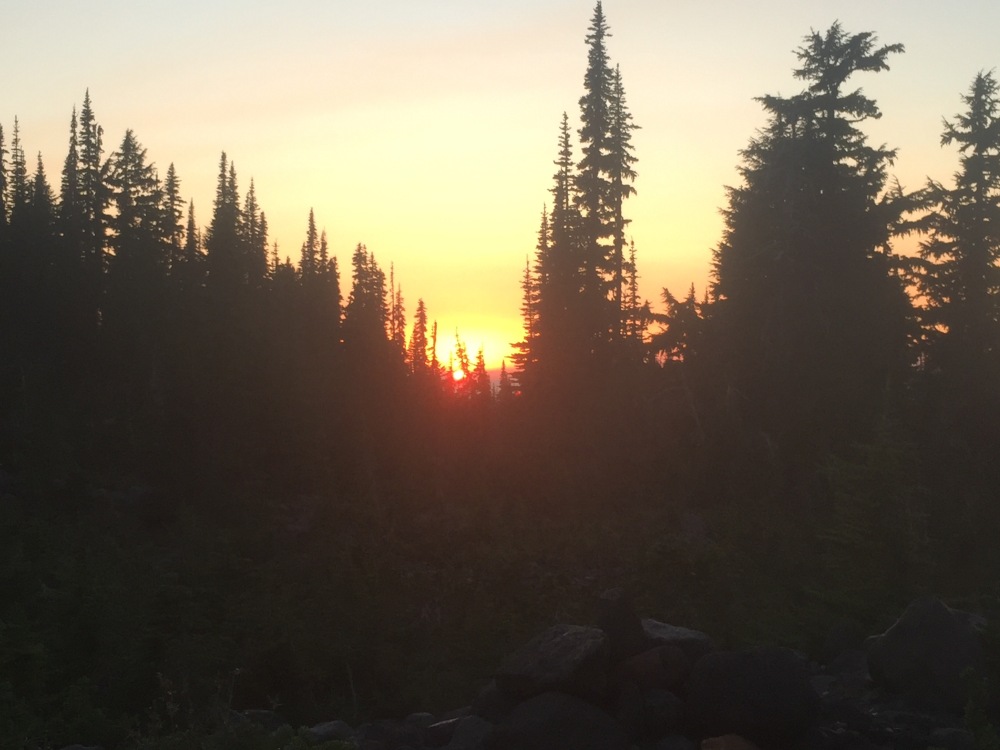