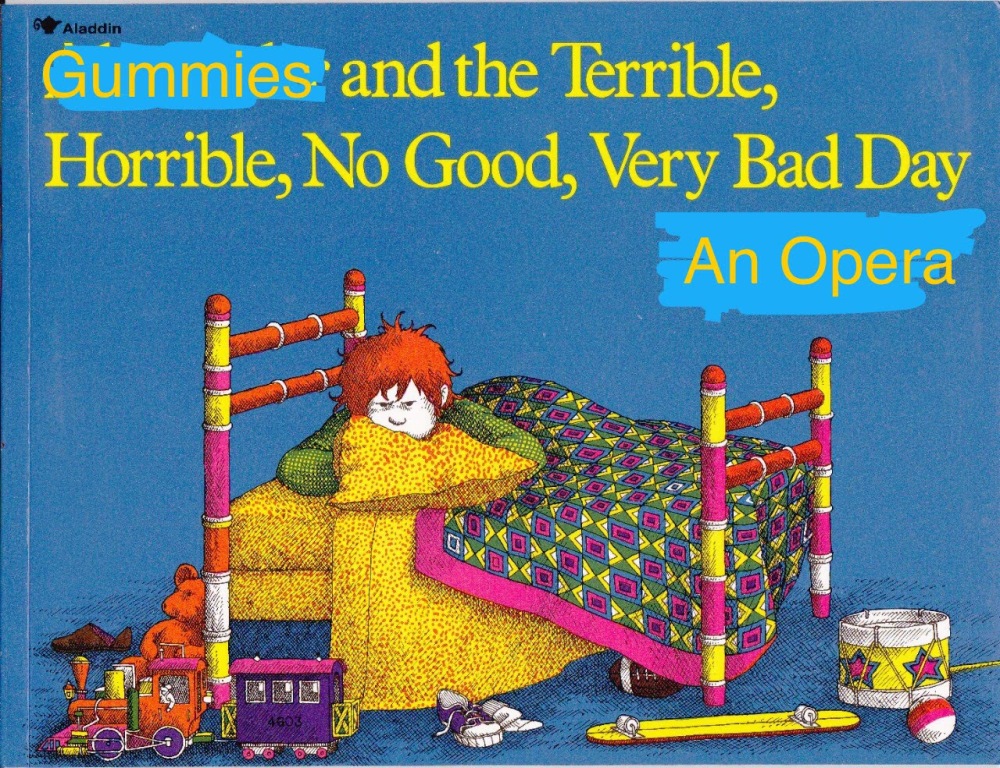 As performed by Count Olaf’s Acting Troupe
Act 1: The Climb and the Heat 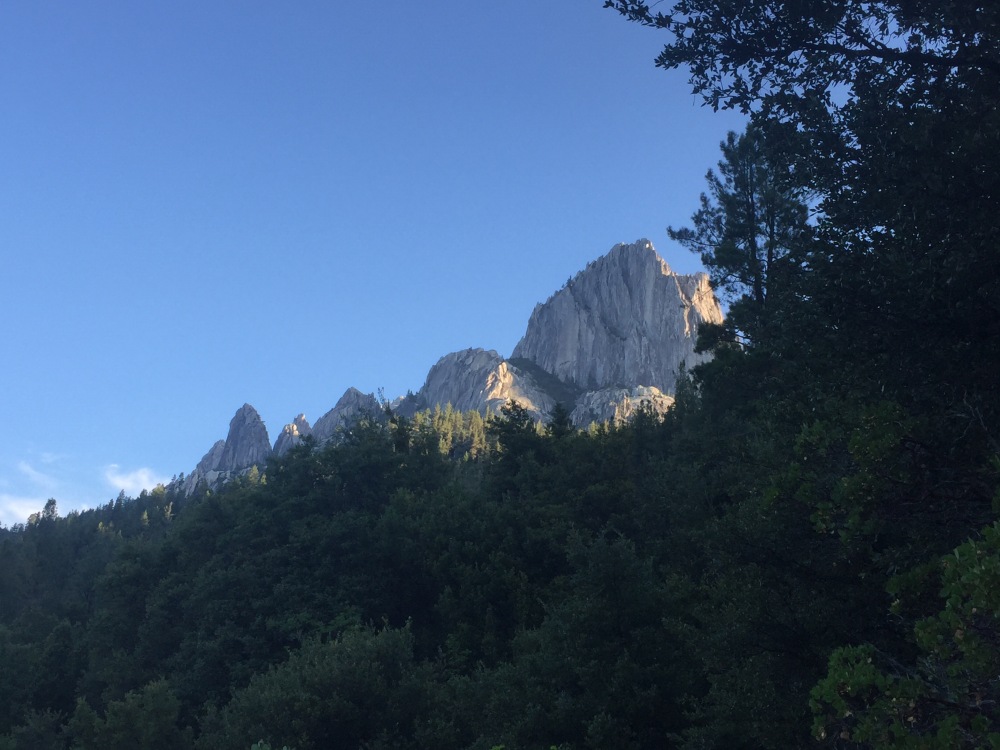 A march. 2/4 time. F Major. Orange and yellow stage lights. Max out auditorium thermostat.
So today truly sucked. There are bad days and then there are days like today. It all began when we started climbing essentially out of our campsite. And it went up. And up. And up. And up. We wouldn’t technically hit the top even if we made it the planned 25 miles (which we didn’t, just going to say that up front). On top of that there was the heat. The desert was hot, for sure, but like like zero humidity. This was different. I don’t know what the temperature or the humidity, bit it was fucking awful. I’m sure it was exacerbated by the added effort of going up hill, but still. It felt like there was a fire hose connected to each one of my pores, I was sweating so much.
Act 2: The Trekking Pole and the Glasses 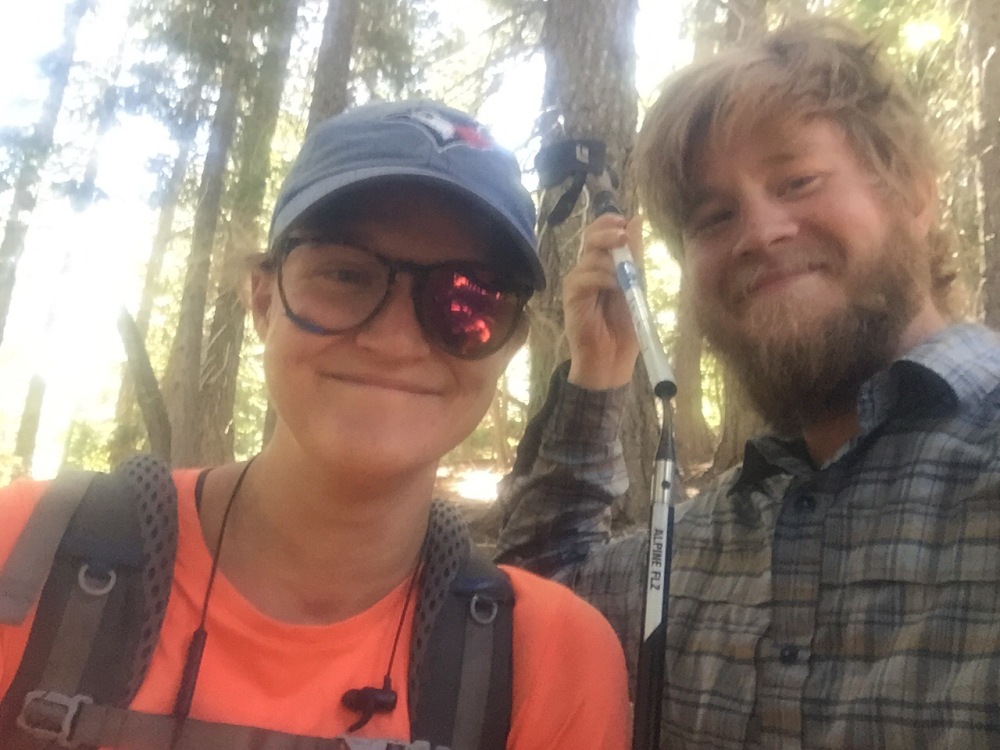 A square dance. 4/4 time. C major. Banjo and mandolin.
As if basically climbing Everest in the middle of an nuclear explosion wasn’t miserable enough, everything decided to break today. First, it was my trekking pole. Somehow the thing just fell apart. The short of it is, it folds up instead of being telescopic and so the string that is tensioned to keep the segments together became untensioned. It’s a little more complicated than that, but it’s not worth explaining. The conclusion, don’t buy Black Diamond Z Poles. They are complete shit. I had another pair that broke on me due to the spacers that kept the segments together becoming loose and now these which are a slightly different version had a different problem. Ugh! So I wound up having to duct tape the whole thing together.
Adding insult to injury, Glowworm’s glasses somehow managed to break. This is her fourth pair of the trip and the frame cracked enabling the lens to fall out. I tried fixing them by duct taping the frame back together, but later in the day they failed again. Fortunately, another hiker had just found some cheap gas station fishing glasses and gave them to Glowworm. 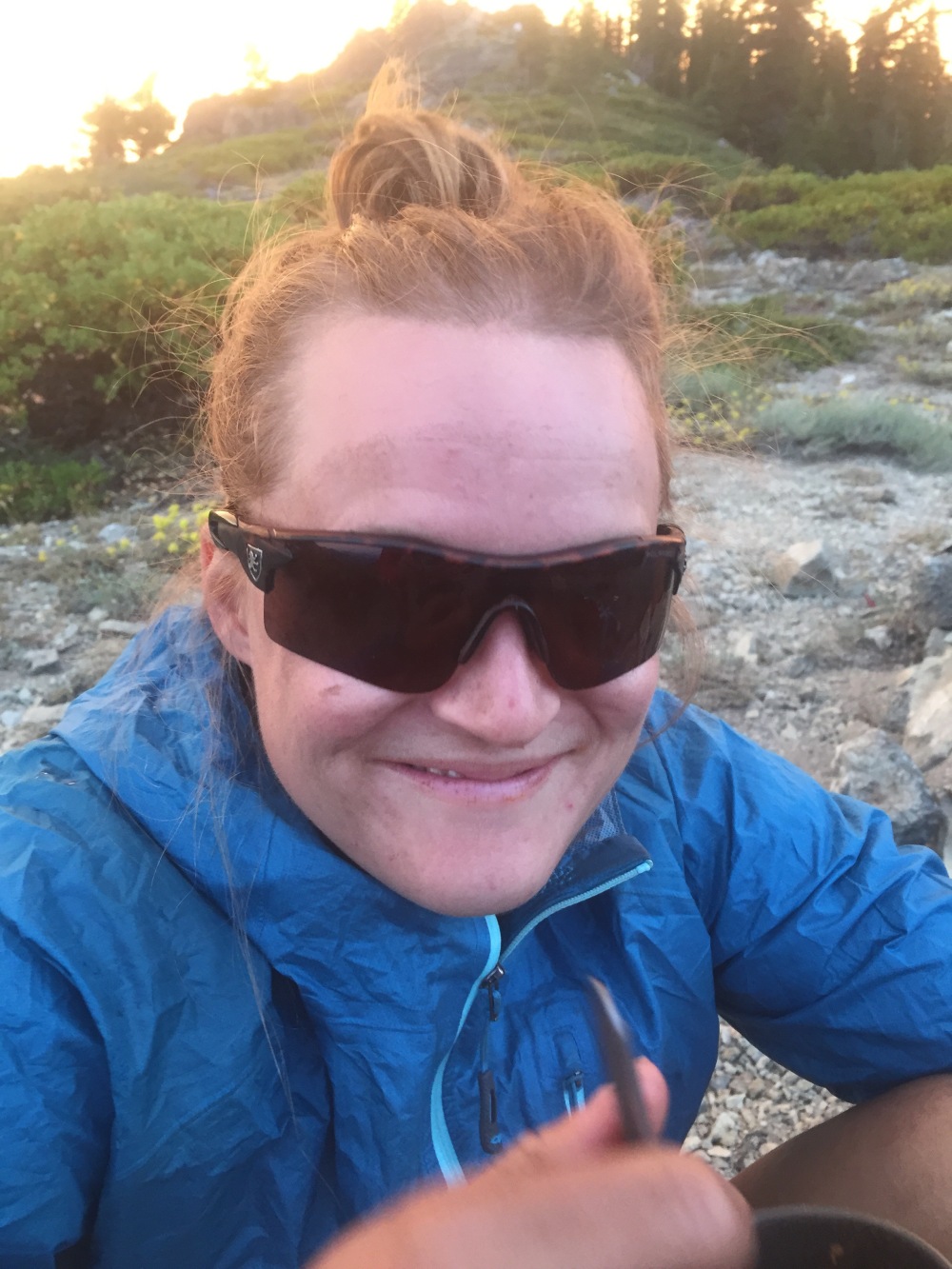 So there’s a bit of a back story to this. Back in the desert Glowworm lost her first pair of glasses and was able to find a cheap pair of gas station country boy fishing glasses. It was pointed out to me once that it seems like every kid born in rural America, especially in the South is named Travis. I’m sure this stereotype is wrong, but regardless, I christened her newly found glasses, Travis. So now fast forward to today and Glowworm had similar luck with finding glasses that were unmistakably kin to the Travis glasses so we appropriately named the new ones Travis Jr.
Act 3: The Lunch Nap 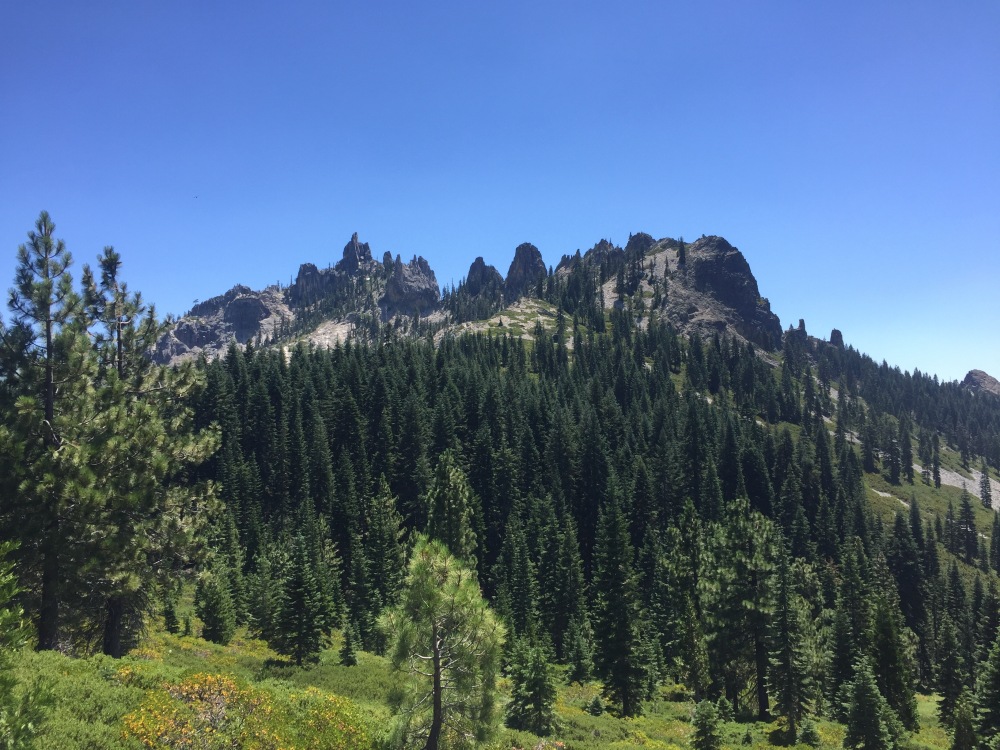 A lullaby. 4/4 time. A major. Pianissimo.
I’m sure you’re wondering, “Why is a nap a bad thing, Gummies?” Because it was a total time suck. I don’t know why I was so tired. Ok, it probably had to do with the climb and the heat, but still. Once we got to our lunch spot I started shivering because I was soaked in sweat and under the shade with a breeze so I put on my puffy and curled up in the dirt with my shit basically scattered all over the trail and passed out for some unknown quantity of time. By the time we left lunch we still had not done 10 miles.
Act: 4 The Squirts 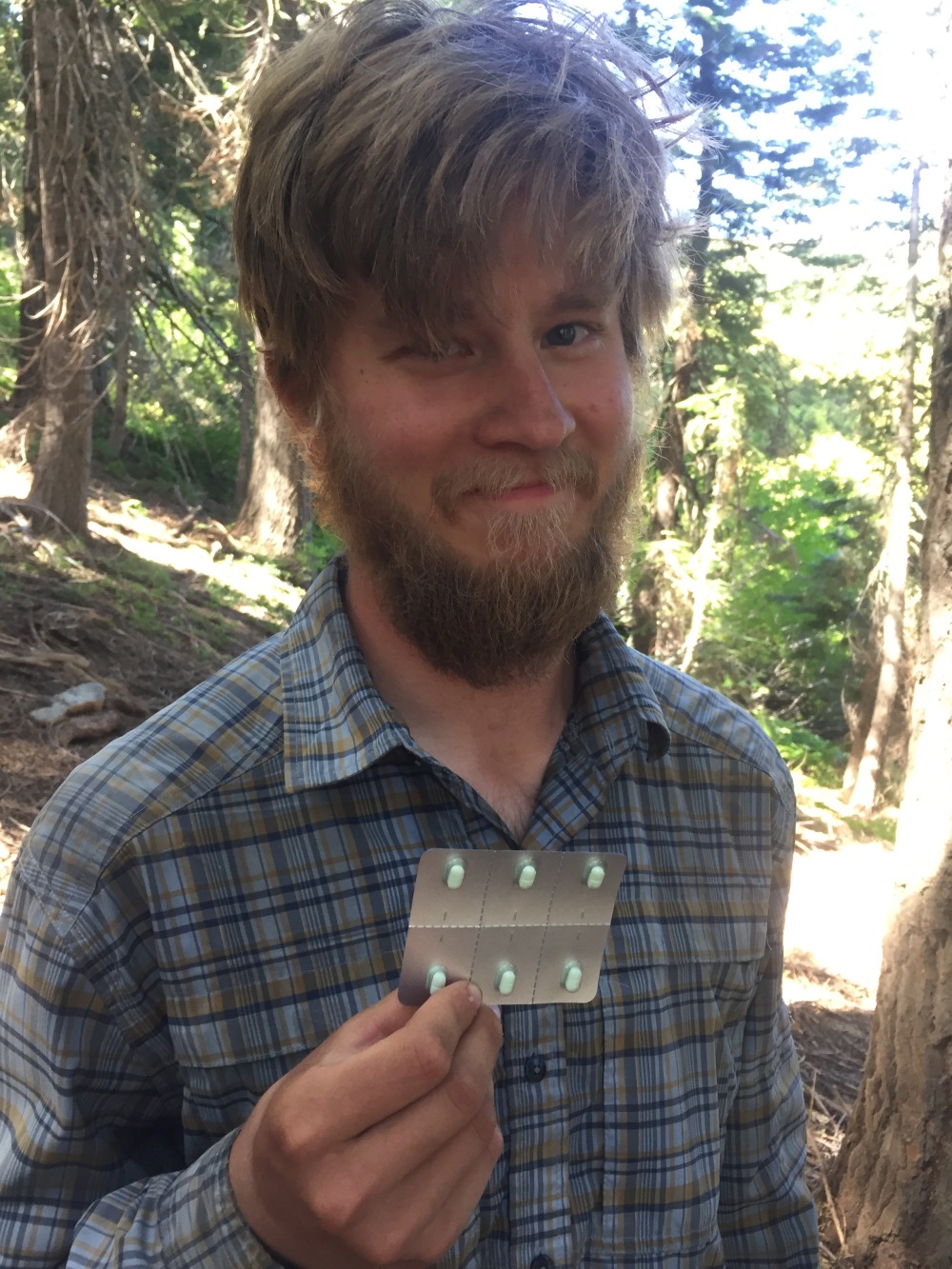 A polka. 3/4 time. G minor. Accordion, trombone, whistle, and whoopy cushion.
Disclosure: If you don’t want to read about the reality of my day which includes topics related to the title of this Act, then you may want to skip to Act 5.
Sometime before we got into Mt. Shasta I must have drank some contaminated water. We haven’t been filtering our water much of late just because most of the sources are creeks or springs that have flowing, clear, cold water. That stuff is totally safe to drink. The bigger and warmer the water is, though, the more risky it is to drink. Due to my sheer laziness, I drank out of some full on rivers and that wasn’t very smart. So now I’m paying the price and am now having to deal with…um…chocolate pudding and honey mustard if you catch my drift. Just don’t take a whiff of my drift. After a couple of stomach gurgling episodes like that today, I opted to plug myself up with Imodium and that seems to be helping as I’m lying here exhausted in my tent.
Act 5: The Storm

Dramatic and chilling. 4/4 time. A minor. Full choir Md orchestra. Flashing lights. Actors running wildly in terror.
Ok so we were never actually in a storm. The clouds were rolling in after only making it 18 out of the planned 25 for the day. Thunder clapped across the sky and it began sprinkling on us as we desperately tried to finish cooking and eating dinner before climbing into bed. Everything went wrong today and on top of that we’re a far cry from the miles we need to make. After recalculating our estimate for finishing the trail last week we realized that we’d be getting done later than we thought. With today now behind us we were both able to admit to each other that just getting to Canada before winter hits in October is going to be hard enough let alone getting back to the Sierras to finish the 300+ miles we missed before Glowworm’s six months expire and has to return to Canada. So the realization in bed tonight is that we may have to call it quits on the Sierra entirely. I’m fine with that decision, it will make things less stressful, but it is still hard to come to terms with. 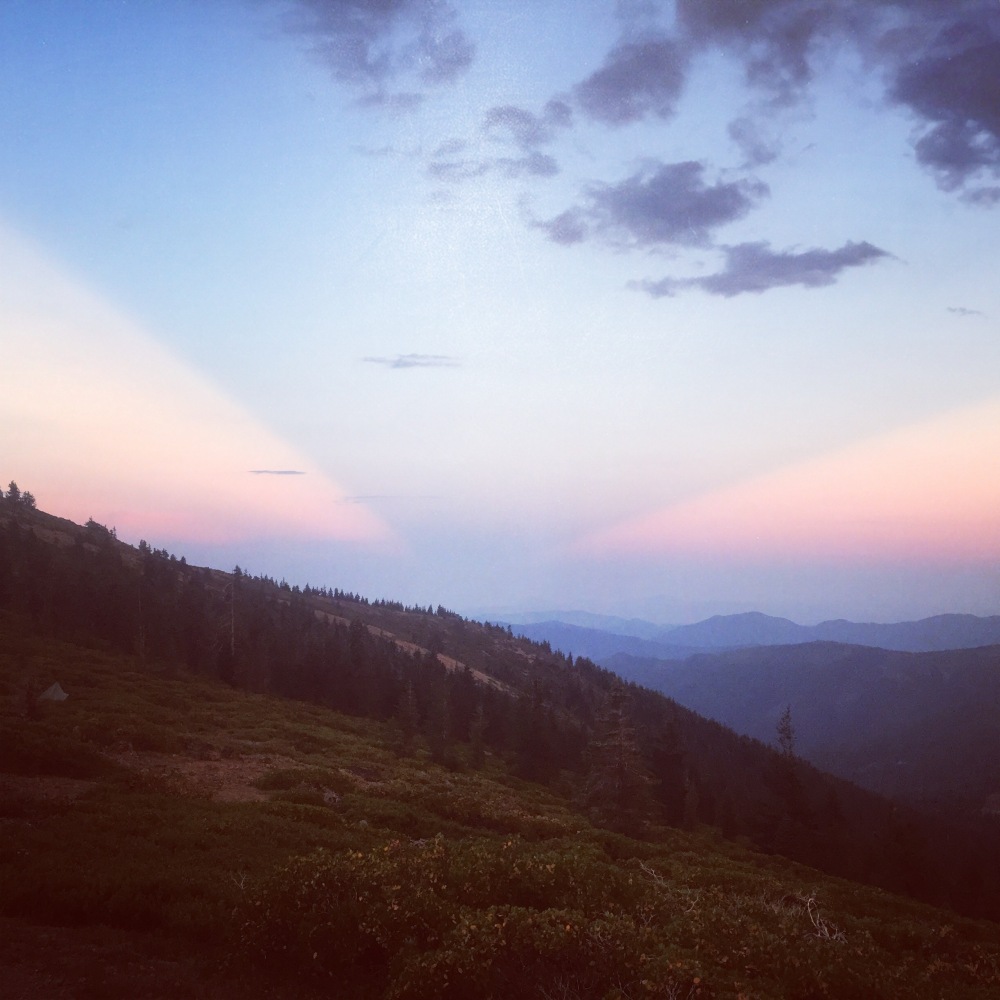 Fortunately we had some relief right before falling asleep with a stunning sunset and beautiful rainbow like formation in the sky. Fuck today, but definitely looking forward to tomorrow.