54. June 3: Mile 704.68 Kennedy Meadows Campground to Mile 722.23 Campsite
We are definitely in the Sierras now. The morning began following along the Kern River with Class 1 and 2 rapids and the forest was full of conifers. There was a few miles of burn area which dampened my spirits due to the heat and lack of beauty, but we soon found ourselves in a massive meadow in the shadow of snow capped peaks. 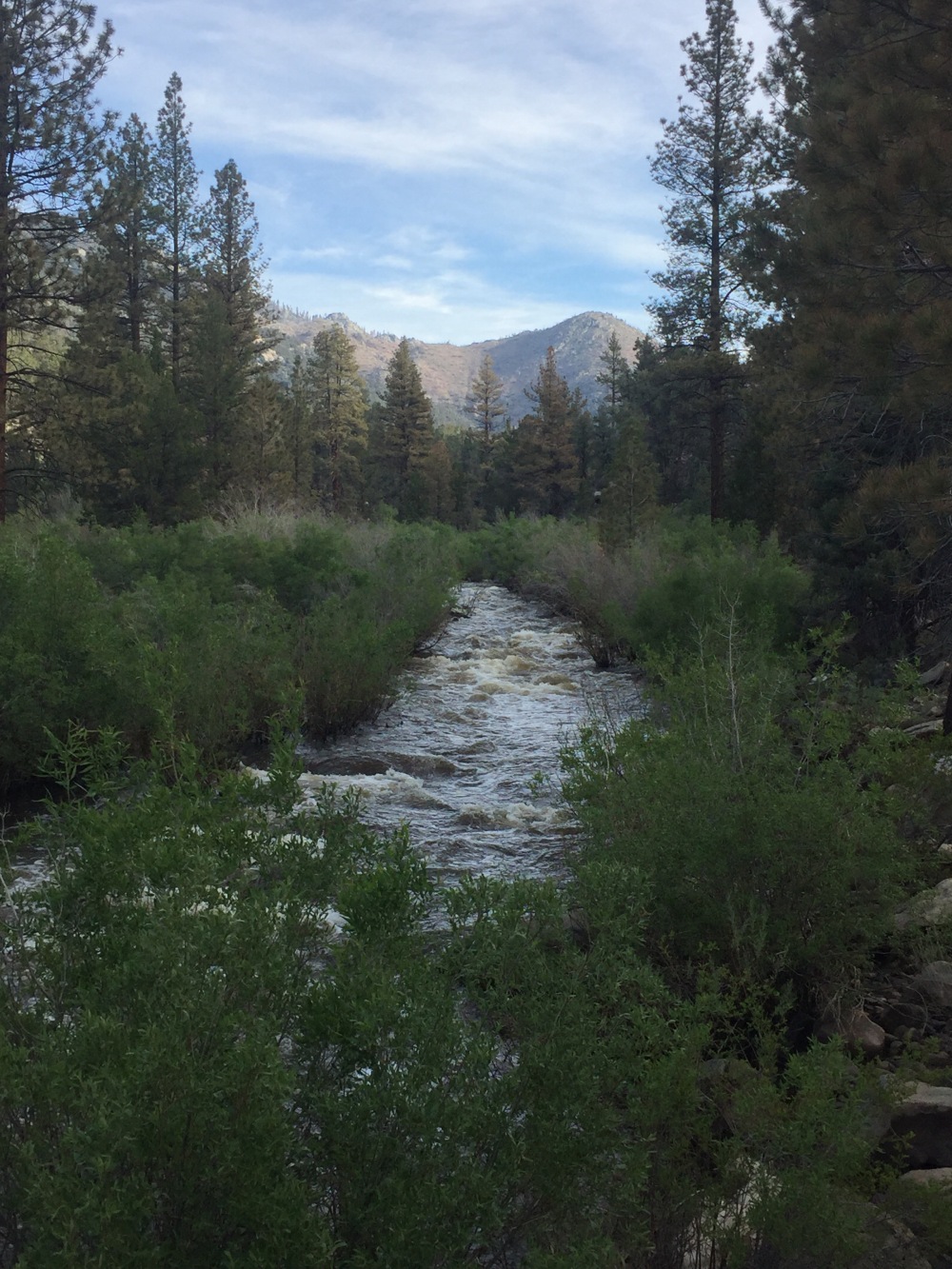 It’s crazy how much water there has already been. I never carried more than a liter at a time all day and I probably didn’t even need that much. Such a contrast from the desert just a few days ago. Even as we climbed up to 10,000 feet to our campsite there was fresh snow melt streams everywhere. There’s towering redwoods filling the landscape as well. Late in the day I said to Glow Worm, “I wonder when we’ll see a marmot?” And within 30 minutes we saw two.
Just as we reached our campsite we began to see substantial patches of snow. It’s unclear whether or not we will have to walk much on the snow pack tomorrow as we cross over the ridge and onto the north face of the mountain where there is likely to be more snow. I’m not too worried, though, the snow here at camp even late into the afternoon was firm enough to walk on in just shoes without the need for spikes.