Hiked alone today and leapfrogged Glow Worm and an older woman named Karen as well as a couple others. Didn’t take many breaks today except one in the morning and for lunch. At lunch I realized I was out of Aqua Mira so I had to borrow Glow Worm’s Sawyer. Got to camp a little after 3:00 and was the first one there Glow Worm arrived shortly after. It soon filled up to 19 people. Dr. McDirty and Cougar arrived late and decided to go up the trail to a small bivy site about 50 meters away. Charlie Brown also showed up. A lot of 20 somethings here tonight which is unusual. So far most people have been in there 30’s. Planning on waking up at 5:00 tomorrow and hiking about 20 miles allowing a shorter day into Big Bear Lake. Running low on food. Need to remember to bring more snacks in Big Bear. 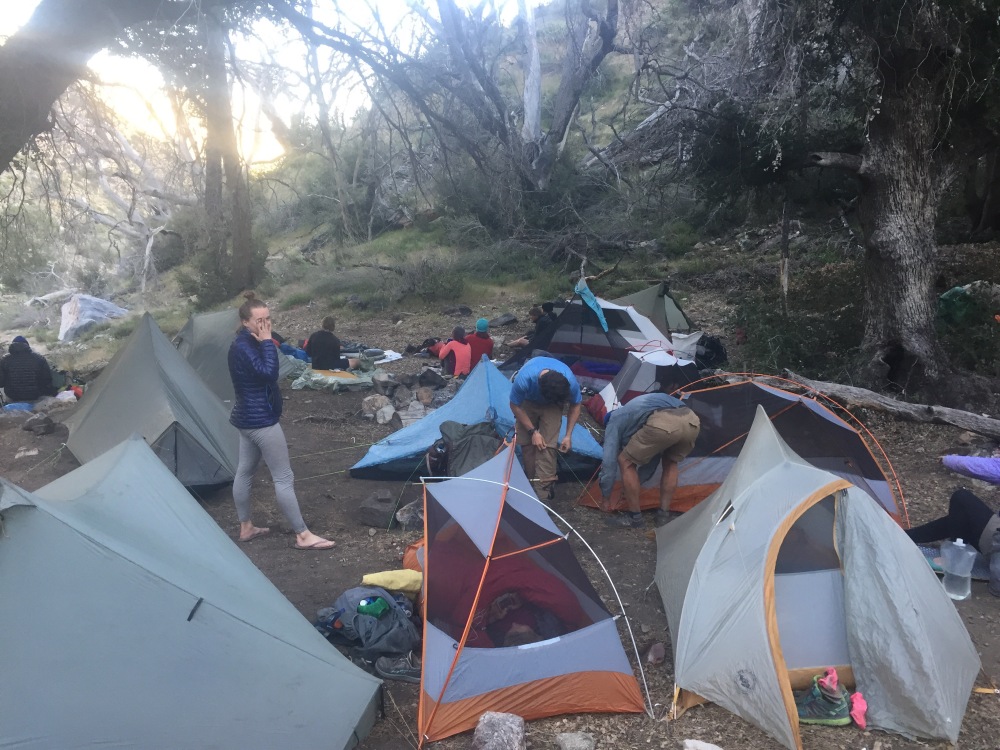